Like birds we are all in constant migration, but we are fooled into believing that we are the owners of little plots of land that we call our homes. If truth be told no one can own the land, it owns itself and is unconcerned with human deeds and legal paperwork. Like Nationalism, belonging is a trick of the tongue, a myth driven by words.

For artists like myself, the imagination is in constant flight. Sometimes you can catch an image in a mirror, something glimpsed in a shiny surface reminds us that every object sheds its sensations like onion skins; infinite reproductions of itself sent out and only captured by a few receptive surfaces. But when they are stopped, the wonders of images can fill our minds. Images migrate like ripples in a puddle, emanating from the moment of splash, constantly rippling out until it seems that they are stopped by the dirt and water edge; a boundary that only exists in the minds eye, but which in reality is passed through by the ripples as they spread out ever further until they reach another rhythm like themselves, another image travelling lightly.

These images began with a conversation, a chance encounter outside a Leeds tower block, words exchanged because I was drawing and someone wanted to know why. We spoke of someone who had arrived in the city after crossing the Mediterranean in a tiny boat, after walking for thousands of miles, before and after that crossing. We spoke of following a dream of a better life, of a place of glittering towers and wealth and empathy.  We ended our conversation on a sad note, the tower he now lived in was empty of many of the things he had dreamt of, only a shell, but at least one he could like a hermit crab possess for a little while until he found a proper home.

The journey he was on was continuing, and so was mine as an artist and for a while our lives were imaginatively entwined. 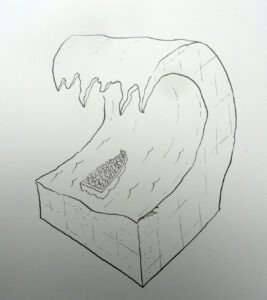 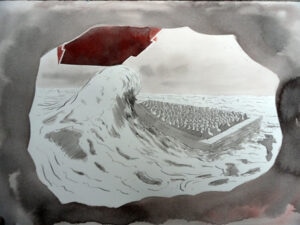 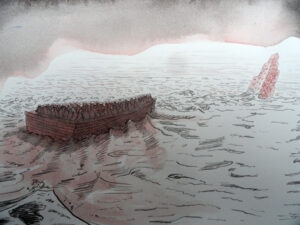 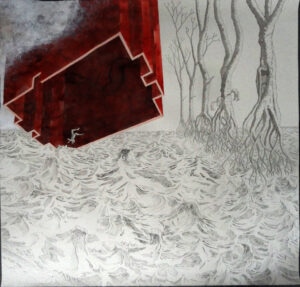 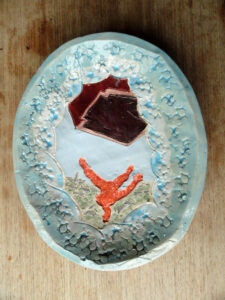 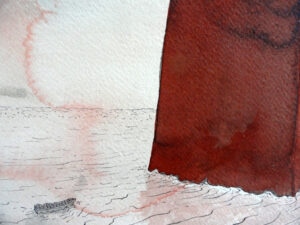 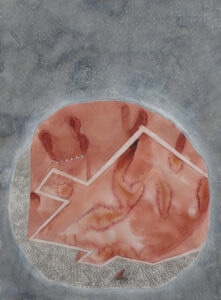 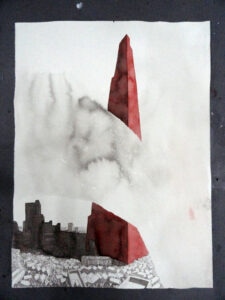 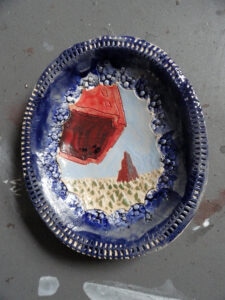 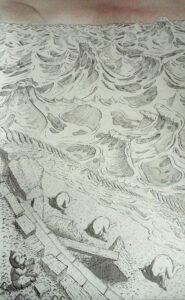 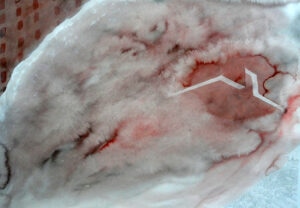 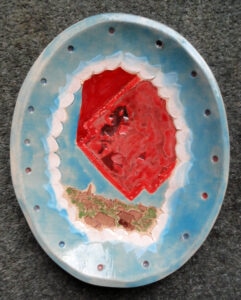 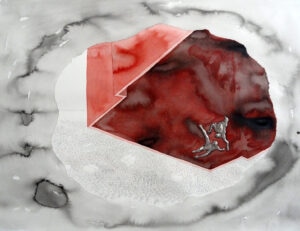 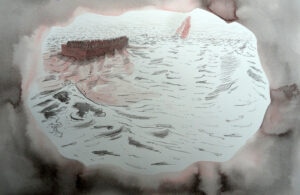 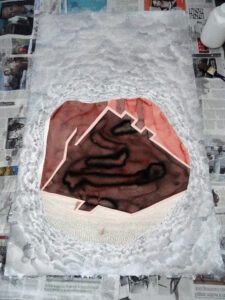 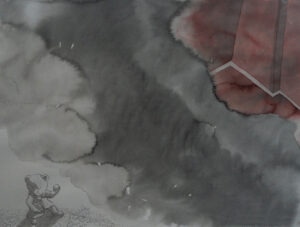 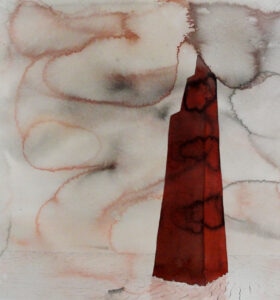 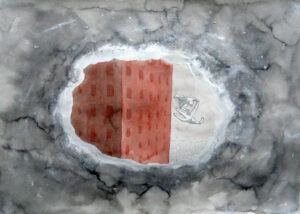 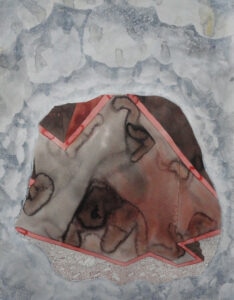 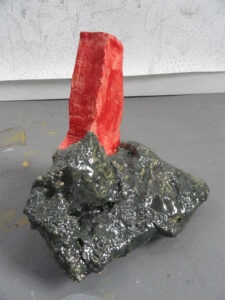 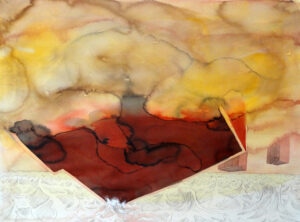 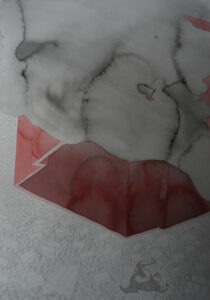