The stories told to him by people he meets about themselves and their experiences, merge into those stories that emerge as he gets to know a material he draws with, or engages in a conversation with the rain or the wind. Everything feels to him as if it is interconnected, human stories are inseparable from any other of the events of this world, and it is in the weaving of new stories out of this situation that his work emerges.

Recently he has been making votives, after listening to people talk about their stories of pain or loss or nostalgia for the past, he has made objects that attempt to externalise their thoughts; thoughts that once externalised can be dealt with and confronted. Working in this way has led him to become more and more aware of the body as a container of ideas about the images we have of ourselves, and in response to this his ideas are moving on to explore the nature of the representation of  the body’s inner sensations, such as hunger, emotion, pain and balance.

His Drawing Blog is where he makes public his current thoughts about drawing in what has been called the expanded field. The blog also operates as a repository for day-to-day thoughts about teaching drawing based fine art practices, on BA and MA courses at Leeds Arts University, as well as being a place for art students to just browse if they are looking for ideas.   To see lists of his recent exhibitions and publications visit the Leeds Arts University website.

To see books published by Workshop Press, some written by Garry Barker and others by other people visit the Bookstore.

All of the various activities are interconnected and it is as the threads weave themselves together that Barker’s practice gradually reveals itself. The images are purposefully not annotated, art exhibitions not referred to and their conjunctions a matter of chance. There are though a few threads picked out to follow. Feel free to contact if you see anything of interest that you might like to follow up, especially if it makes for an interesting conversation; it is after all out of conversations that nearly all of these ideas have emerged.

Archived older work includes responses to walks through local communities, the continuing influence of the Western, reflections on domestic habits and loss of memory, both personal and collective and perhaps above all responses to the fact that Barker’s dreams inhabit a particular landscape that he used to play in during the 1950s in the town of Dudley which was then in Worcestershire. The caves and rocky outcrops of the Wren’s Nest and the castle with it’s zoo that he remembers, are now either fenced off from the public due to the possible dangers of falling rocks, or closed and in semi ruin, but in his memory they are always as they were.  A ghostly series of forms that still inhabit the spaces of his mind today, shaping images as they arrive and giving more recent experiences something to mould themselves around. The threads the bind the older work into the tapestry of more recent images are of course drawn from that still living past, an entanglement that will become more and more knotted as the artist gets closer and closer to that time when all his threads are finally cut. 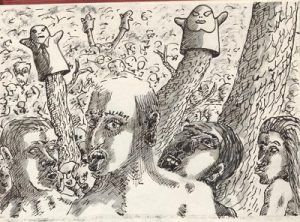 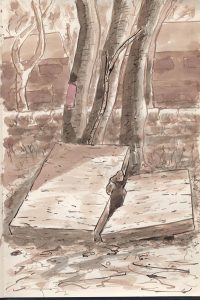 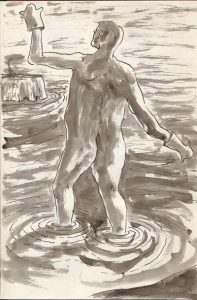 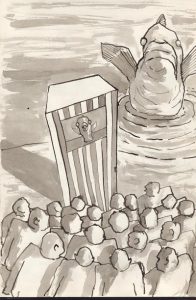 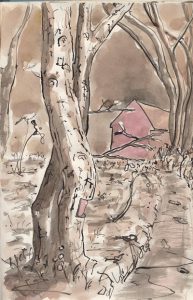 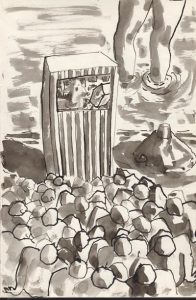 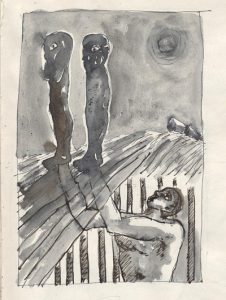 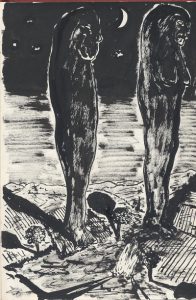 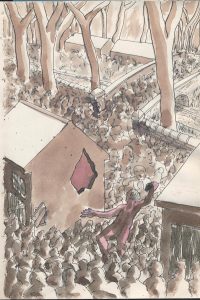 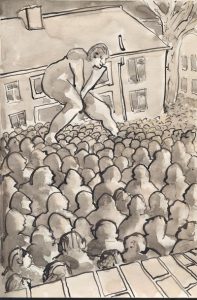 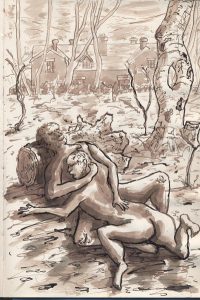 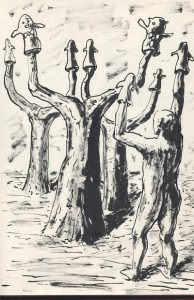 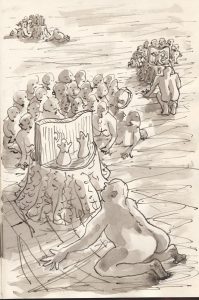 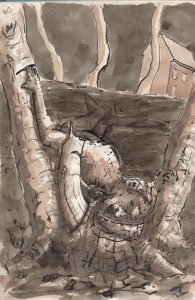 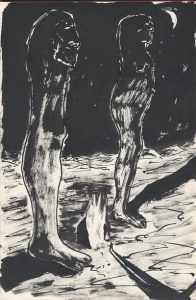 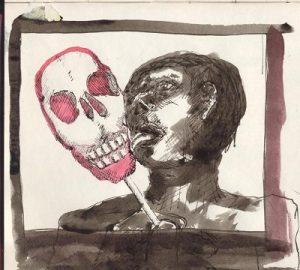 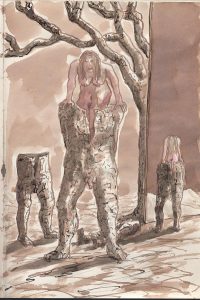 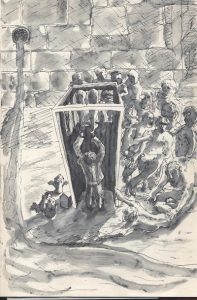